In a moment, I will go into the burning question of the journal entry, succinctly summarized by my friend Danielle’s previous entry’s comment, “HOWDITGO” repeated a hundred times. (and occasionally interspersed with “WHODITGO”).

But first, I must take a moment to talk about Aaron Sorkin and Joss Whedon. The writers, respectively, of “The West Wing” and “Buffy the Vampire Slayer,” both writers have so far given me the openings of television seasons that may be the best ever for both series, and I think a lot of that has to do with love. Sorkin and Whedon LOVE their characters. They are not toys and playthings, as they are to David E. Kelley (who I still view as a fine writer, but hardly of Sorkin/Whedon caliber), but living things that are treated with the care you’d give any of your naturally-born children.

Last night’s “West Wing,” and the two episodes previous have been incredibly interesting to me because of what Aaron Sorkin has done to his cast of fast-talking idealists. He’s crippled them. He’s showed them in their weaknesses, in their struggles, and he’s showed them getting schooled by people they feel superior to. The criticism of conservatives who no longer watch the show is that the Bartlet administration is about the worst sort of smug arrogance you’ll find in liberals. To an extent, the conservatives are right, and to wit, Sorkin has taken on the task of making his characters gradually realize that, for as intelligent as they are, they don’t know everything. Bruno and his Bartlet campaign spin doctors are injecting something really fascinating into the dynamic by making clear just how lucky Bartlet might have been to get elected in the first place, and how impossibly lucky he’d have to be to get elected again. And we know Bartlet’s going to win, but Josh is right, it’s going to be a close election. I’m excited to see it.

Specifically, we’re seeing both Toby and Sam being given help they thought they didn’t need from Bruno’s staff, we’re seeing a loose-cannon, scent-of-blood CJ (who, my God, last night engineered a ploy to get a rabid dog sicced on the administration, on purpose), we see a Josh who’s having trouble strong-arming people and a Jed Bartlet with a shaky marriage and a hole in his heart where Mrs. Landingham used to be. Human weakness is infinitely more interesting to witness, especially since this season will be about overcoming that weakness and adversity.

Over on Buffy, we’re getting shades of the same ideas, what with Willow dipping her toe into the pool of the magical dark side (I’m curious to see if she gets corrupted by it), a Xander afraid to announce his engagement, nerds-as-supervillains, and most interestingly, a Buffy who’s not sure she wants to be alive again, because when she died, she was someplace happy.

Also, there’s a musical episode in two weeks. So that’ll be exciting.

Anyway. Bottom line. Aaron Sorkin and Joss Whedon doth rule. I pity those of you who have never basked in their greatness.

I arrive home from work around 5:45 PM, with my jeans still soaking wet and my hair a mess. I throw all wet items into the dryer and go take a shower, and feel much better for it. I rehearse once more. I watch a little “Seinfeld”. I rehearse just one more time. I leave the house at 7 PM, even though my audition isn’t until 8 PM, in part because I’m concerned about finding parking near Foster and Ashland, in part because I have to make a stop at an auto-parts store to buy new windshield wipers (one of the old ones flew off the day before, not sure how, but at least nobody was killed).

I get to the Neo-Futurarium at 7:30. The Neo-Futurists, it must be said here, are incredibly NICE people, and have been referring to me by name since my first audition, which is both a confidence booster and a comfort; by the time I get into the space for my audition I feel like I’m auditioning for friends rather than prospective employers.

There are three of us due up at 8:00, and we have been placed in alphabetical order. I am the second one, and for the half-hour while I wait for the first applicant to finish, I try to read the novel I’ve almost finished [1] and am unable to do so due to nerves. Instead, I soak up every detail of the lobby for the Futurarium, the photographs, the Hall of Presidents, the two Neo-Futurist techies acting as reception, the refreshment table which I am too nervous to partake of.

They call me in, and I perform “Blueprint,” which is a piece about something very bad that happened to somebody very close to me. It goes very well. I’m going to be antsy about the moments where I see them writing on their notepads, wondering if they are writing “nice presence” or writing “mumbles too much”. I do know that when I finish performing “Blueprint,” Greg Allen, the mastermind and founder of the Neo-Futurists, looks directly at me and quietly says “Good piece.” 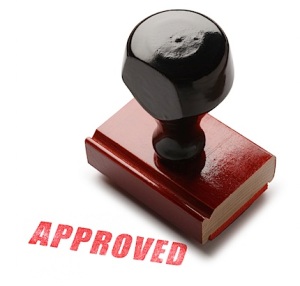 Greg Allen, award-winning and critically acclaimed Greg Allen, intelligent, insightful guru of randomness and obliteration of the fourth wall Greg Allen, tells me to my face that it is a “good piece.” Inside, I am fireworks and caffeine. I am joy and rapture. I keep it all inside, I think.

The group piece I bring along, “Russian Roulette for the Soul,” is a piece for six people, and I have it read out loud by Andy, Genevra, Rob, Noelle, Rachel, and Greg. [2] They do a fine job with it, the point gets across, and Greg Allen looks down at his notepad as he puts the script away and says “Good piece.”

Yes, he says it again. I’m batting a thousand with Greg Allen. I will do anything for these people. Inside, I am a puppy dog begging and playing dead and fetching.

We enter a Q&A session, which is light and fun, I think I answer their questions adequately, and I’m able to defuse a potentially embarrassing situation brought on by a risky mistake I made on my first audition application. [3] I’m able to talk to people one-on-one, and in particular I discover that Heather Riordan is not as intimidating as I feared, that she is actually quite pleasant and unpretentious, and that perhaps I was afraid of her because of the power and depth of her ability as an actress and writer.

The Neo-Newsletter I pick up outside tells me that they are attempting to add two men to the ensemble. I later determine that this means that my chances of being a Neo-Futurist by next week are between 22 and 23% if all things are equal. (Inside, I think “HA! Let’s see how many times Greg Allen tells the others that they have a “good piece”.)

I’m in a good place today, even if it is bloody freezing in the office.

[1] “Cryptonomicon,” by Neal Stephenson, which is a fantastic read.

[2] It’s amazing how easy it is to remember the names of actors when their entire philosophy of theatre involves shucking the pretense and being themselves. Have I mentioned that I really like these guys?

[3] The application asked if I had any other skills or talents they should know about, and I, in a fit of whimsy, wrote down that I do a mean Chewbacca impersonation. And I do, but I’ve had moments where my throat and tongue were not aligned at all in the same place, and it ends up sounding like the cry of a dying giraffe [4]. Luckily, I was able to do one on command. Greg Allen mentioned that somebody else had noted a “photographic memory” on their application, and that the troupe would be testing that during his callback.

[4] I won’t be grounded again. Not for you, not for anybody.

This entry was posted on October 25, 2001 by bilaldardai in Television, Theatre, Writing.