Last week, NBC forced me not once, but twice, to re-evaluate how often I listen to two songs. 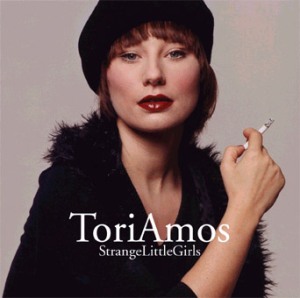 The first was Tori Amos’ cover of The Boomtown Rats’ “I Don’t Like Mondays,” which was used to pretty stunning effect in the season premiere of “The West Wing.” I had not known, until this episode, the background of the song–that it was written after a San Diego girl shot up her school [1], telling police afterwards that she did it because she didn’t like Monday. The episode threw out this information as a part of a throwaway conversation early on, and brought the song into play when a sudden report brought the staffers harsh news of a pipe bombing at a high school swim meet.

I do own “Strange Little Girls,” the album of covers that Tori did [2] but had not put it into a CD player in months. Not that the album wasn’t good, just that it didn’t have any urgency to it. As it was, however, I realized that I listened to it half-lazily. I should have realized the context of “I Don’t Like Mondays” long, long ago…it’s very clear in the lyrics what has happened. As such, I’ve been re-listening to the album and giving it more attention. I find I like it better, now. Tori has a new album due out this month, so I’m glad I’m rediscovering everything I’ve loved about her music.

The second was the classic Men at Work single “Overkill”–which at no point mentions the title, making the Limewire search a bit challenging at first–which was used to comic effect at the beginning of last week’s season premiere of “Scrubs.” It’s a good song, probably my favorite of the Men at Work trio–“Overkill,” “Who Can It Be Now?,” and “Land Down Under”–and the show utilized it as an underlying portent of doom brought on by staff awkwardness. Also, they had the head Man at Work doing it on acoustic guitar, everywhere in the hospital, rather like Jonathan Richman in “There’s Something about Mary,” but different.

NBC, it should be noted, also ran “Homicide: Life on the Street,” which may still have had the most consistently inventive varieties and uses of music ever.

Bless you, NBC. For now. I’m sure I will have other reasons to damn you in the future.

[1] In 1979. While Marilyn Manson was still Brian Warner, playing on swings. Chew on that, Tipper Gore.

[2] I discovered, recently, that this album may have been a contract-breaker…that is to say, she did it to oblige her contract, and therefore allow her to jump somewhere else.

This entry was posted on September 30, 2002 by bilaldardai in Music, Television.