…and I must scream.

“America. America, I’ve given you all, and now I’m nothing.”
– Allen Ginsberg, “America”

I woke up this morning, showered, got dressed, prepared to do the mature and responsible thing by going to work. By soldiering on in the face of impending doom.

And then I sat on the couch and couldn’t move for a half an hour. I sat there with my heart slipping away and the realization burning a hole through me, that my faith in the vast majority of Americans had been woefully misplaced. 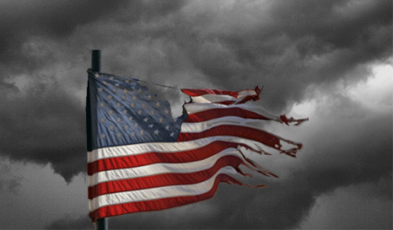 For those of you who don’t read Dan Savage, or who have forgotten this column, I bring you the following Useful Vocabulary Word:

kakistocracy; n.
a society governed by its worst citizens

And I’m not talking about BushCo.

I’m talking about you who voted for them. You who said that you were concerned about terrorist attacks and then failed to notice that the worst one on American soil occurred during his watch, who failed to notice that the mastermind of said attack is alive and fucking well and in vivid color on videotape today because of Bush’s stewardship of his own invented war on terror. Even when said mastermind explains his plan to you in great detail, like any simple James Bond villain, and explains to you how easy it has been to bait and goad our leaders, you ignored the truth in the madman’s words and voted for incompetence. You watched an undercover CIA agent thrown to the wolves. You watched her husband, a lifelong patriot, dragged through the mud for doing his job. You watched the debts pile up and the jobs go away, you watched the young men and women of the military placed in an ill-planned and ill-executed fiasco, you watched thousands of innocent civilians you allegedly cared so much about be wounded and killed and subjected to prison torture. You watched religious fundamentalists wipe their ass with the Constitution, you decided to let your minds grow so small and petty that you can no longer comprehend what Love actually Is, you agreed that the rich deserve their wealth and the rest of us deserve to go dangle. You decreed that Christ belongs in all parts of our society and failed to realize that Christ would be appalled at how you treat your fellow human beings. You listened to a semi-literate, hardheaded pretend-cowboy talk to you about education bills that he failed to adequately fund. You imagine that America will survive on its own in a world bigger than its borders. You have your NASCAR and your Youth Soccer and your Giant Fucking SUV’s and your darkening air and your poisoned water and your disappearing forests and wildlife and you don’t give a damn about America. You give a damn that you won. There is a bloody goddamn difference, and I don’t expect you to see it.

At this point, I more readily believe in the existence of Sasquatch, the Loch Ness Monster, and El Chupacabra than I do in the collective intelligence of Americans. I more readily believe that Bigfoot, Nessi, and the Goatkiller meet for weekly poker games in the hidden city of Shangri-La, than I believe Americans will remember the dream of this nation again.

John Kerry is delivering a concession speech right now. Hours after John Edwards told us that they made a promise that “every vote would count, and every vote would be counted.” Months after Kerry chose the song “No Surrender” to accompany his campaign.

I’ve just had a very good bowl of Tuscan Meatball soup. It will not kill the taste in my mouth.

This entry was posted on November 3, 2004 by bilaldardai in Essay, History, Politics, Society, Work.