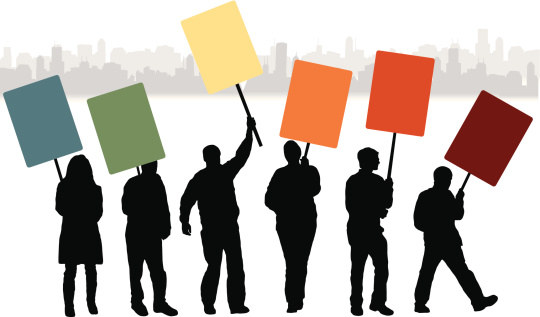 In the large industrial complex that is Me, one of the drones has decided to get all disgruntled and then combined that disgruntlement with a basic understanding of early 20th century socialist thinking; and as a result my body and brain have been experiencing something of an organized slowdown for the past few weeks.

Things are just not working, and I don’t know quite why. Besides the random aches and pains and itchy scratchies that keep appearing, my brain is simply not functioning very well. Although I am no stranger to the extreme sport of Doing Dumb Things, lately it feels like I not only have been doing more significantly Dumb Things, but doing those significantly Dumb Things more often. I say things that I should know better than to say, I forget things that I shouldn’t be forgetting, and I’m frustratingly aware of my increasingly frequent errors seconds after they happen.

If I had always been this dull, I wouldn’t care so much, because I wouldn’t know any better. But I know I’m sharper than I have been the past few weeks, so the inability to call forth that acuity is like blistering hot manacles placed around my wrists and ankles; devices I might be able to pick my way out of if I only had the tools and the tolerance for pain.

And in the large industrial complex that is Me, Incorporated, the drones are buzzing amongst themselves, distributing mimeographed literature and burning William McKinley in effigy. They are making demands and the demands cannot be met, and they will not send a negotiator to deal with management because they know that management will not budge.

We want more sleep! they cry. We want less stress! We want a regular eight-hour work day instead of these morning shifts as an underwriting assistant and these evening shifts as playwright and performer!

Management cannot meet these demands at this time. Management pleads with labor to be patient, that in but a month, the cruelty of this period will decrease dramatically, and that all desires will be answered.

But no! they scream. We want it NOW!

In my brain, a specialist decides to accidentally drop a spanner into the gears of the machine, leading to hours of lost productivity and a moment of embarrassing dyslexia.

Management offers compromises that are rejected outright, and a headache is created in retaliation. In the undercurrent of this tense discontent is the unspoken threat that for as terrible as it feels now, it will feel like Shangri-La compared to the prospect of an actual walkout; a unified strike.

But what can I do? There are no replacement workers lined up at the breadlines, and anyhow, the appearance of scabs in this scenario means only that I’ve been recently wounded. I can’t hire a small gang of strikebreakers from some metaphysical Pinkerton agency, or federalize my willpower. Not just because such an action is little more than empty metaphor, but also because I’m a liberal, dammit, and on the most basic of levels I understand that labor has a very salient point!

The rumble is beginning to run riot, and the union dues are paid in full. If the large industrial complex that is Me, Incorporated, manages to survive through the next fiscal quarter, there will be significant changes around here.

In the meantime, I loathe this constant feeling of crushing stupidity. Loathe. It.