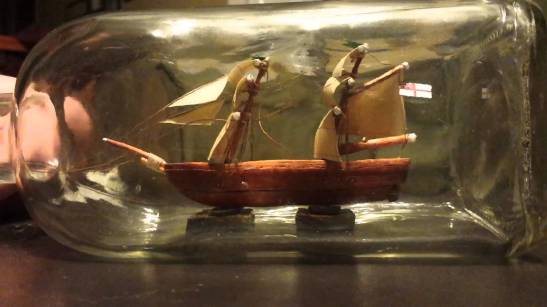 I applied to graduate school in 1999, as a logical next step after finishing my undergraduate degree in Rhetoric (what nearly every other school would refer to as Creative Writing). I was accepted at The New School for Drama as a playwright after an application review and an over-the-phone interview.

I didn’t go. I had a number of reasons, all of which are, in retrospect, stupid and immature–I was afraid of moving to New York City, I was afraid of burning out after what had already been a solid year of theatre work and classes, I was afraid that, not having been trained as a playwright during my undergraduate tenure (University of Illinois, despite its incredible theatre department and facility, had absolutely no system in place to nurture new playwrights), I would be exposed immediately as a rank amateur and laughed out of the program. It can be argued that the fact that I had stupid and immature reasons for not pursuing the opportunity is possibly one of the best indicators that I made the right choice to not go. Or maybe that’s just what I tell myself to not dwell forever in the House of Regret.

For the next year, while I stayed down in Urbana, working at a book compositor and performing weekly with improv/sketch troupe Jezebel’s Lunchbox, I would occasionally find myself planted on the couch watching Bravo, watching an episode of Inside The Actors Studio with James Lipton, which was filmed at the New School in front of the students. I could have been one of those wide-eyed, eager students nodding their head knowingly while Bill Paxton explained that yes, it is always important to make strong choices, even when all your character is required to do is ask leading questions of Old Rose about the night the Titanic hit that iceberg. I could have had the shamelessness to ask Kevin Spacey if he would please tell me to go to lunch.

(More likely, I could see myself with Ian McKellen, asking him if he would please tell me I couldn’t pass.)

The second time I applied to graduate school was in 2004. I was not accepted to any of the schools to which I applied, but since that was the same spring that I auditioned successfully for the Neo-Futurists…I’m fairly sure I wouldn’t have gone even if one of those schools had accepted me.

So the theatrical career I have cultivated through the past decade of my life is largely based on personal curriculum and independent study, as opposed to institutional programming. The advantage of such a DIY approach is that I was always able to go after exactly what I wanted or needed to study and follow it along at the pace I needed without worrying that somebody was judging the manner of my work or forcing me to adopt techniques that were not as useful to me as others. The disadvantage is that I’ve spent the entire time with a lingering concern that I may have been doing it all wrong.

Contraption, and Vox Pandora before it, were incredibly instructive experiences that I have, as my colleague Nick Keenan very succinctly put it, managed to absorb intellectually but not emotionally. It is akin to understanding the mechanics of a difficult physical feat–such as executing a reverse roundhouse kick or accurately hitting a 101 mph fastball–but lacking the ability to actually do such a thing. It’s incredibly frustrating, and my struggle to get past it only seems to compound the issue.

I am possessed of a deep-seated and destructive perfectionism, and that I acknowledge that the perfectionism is a flawed characteristic only aggravates the perfectionism further. The roots of such a thing are perhaps a discussion for me to have with a therapist, although I wonder that maybe the reason I’ve been so passive-aggressively reluctant to go see a therapist is that it would require me to admit that my ability to think and feel is inherently imperfect.

Every word of wisdom on perfection will remind you that perfection is a sucker’s game, a rigged blackjack table that will not only take you for everything you own but also berate you for being so stupid as to sit down and play in the first place. And like any addict, the second you get enough back to stand on your feet, you return to the table, and proceed to get taken to the cleaners yet again.

The key is learning that there is in fact nothing worth winning in the first place. That the brief thrill of the occasional, imaginary two-second victory is a mass of empty mental calories that isn’t worth the anguish of every other defeat. It is learning that the defeats only exist because the conditions for victory are impossible to meet.

The key is learning. Sometimes I forget that.