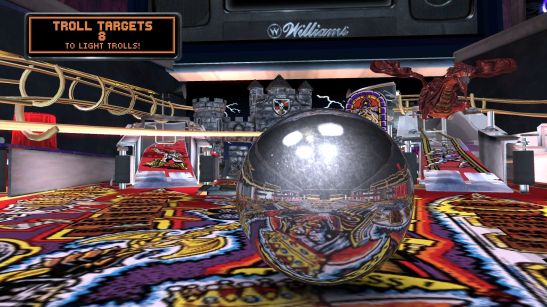 – Moved last weekend. All boxes are unpacked and nearly everything has been organized. Oracle, in her typical fashion, is adjusting very well to her new surroundings. Cassie has spent most of the past few days sleeping, vomiting, and barely eating. She’s not sick–this much is clear from the energy and life she exhibits when other dogs are around–but she doesn’t adapt well to change. She’s slowly coming out of her anxiety, but it’s been difficult to watch her adjust.

– Burned through the entire first season of Friday Night Lights on DVD. The first season of Friday Night Lights may be the most perfect first season of any television show I have ever seen. It manages to be simultaneously plot- and character-based, and succeeds largely because of its ability to keep you constantly off-guard and unbalanced in the midst of what are otherwise normal, everyday surroundings. It manages to make you feel anxious about plot developments and human interactions that should only have one logical conclusion. Even the shimmering guitar-based theme song by W.G. Snuffy Walden is all the more endearing for being completely impossible to accurately hum even as it sticks in your head for days. I can’t say enough good stuff about this show and the people who make it.

– Also working my way through Battlestar Galactica‘s third season. Colonel Tigh sitting down for a drink with his wife (“Exodus, Part II”) is currently running neck and neck with the moment from Buffy’s “The Body” when Anya rants about the utter stupidity of death, for the title of Television Moment Most Likely To Reduce Me To Blubbering Idiocy. (For the purposes of discussion, the last line of the last episode I have seen was “We give him his trial.” Kindly refrain from talking about anything past that line.)

– I have resumed biking everywhere, finally, and couldn’t be happier, even when almost getting run down along with a group of pedestrians by a pair of homicidal jackasses rocketing through a left turn signal that had switched off five seconds earlier. They got about fifty yards up Ridge before running into the bulk of traffic stopped at the corner of Hollywood. I know that they must have been happy to have saved those precious five seconds getting to that traffic jam.

– A Passage To India still going very well. For the entire month of May, I’ll be performing in Passage from 7:30 to 10:15 on Friday and Saturday nights and then zipping up to the Neo-Futurarium as quickly as possible to perform Too Much Light from 11:30 to 12:30, and then on Sunday I’ll be doing the same thing after the 3 pm matinee.

– The Neo-Futurists are holding auditions for male and female writer/director/performers at the end of May, a lengthy and difficult process for which my participation is mandatory (and, lest that sound churlish, eagerly anticipated).

– Immediately after Passage closes, I’ll be heading to Minneapolis/St. Paul for two days to perform in a showcase at the Asian American Theater Conference, and then driving back home on Friday so I can perform in that weekend’s TML.

– I’m also curating this year’s installment of It Came From The Neo-Futurarium!, and performing in at least one of the staged readings.

– I will also be participating in part of the Neo-Futurists’ run at Theater on the Lake this year, reviving our family-friendly TML Kids show.

– Later this year I will be involved in a Neo-Futurist deconstruction of A Christmas Carol, for which I will also be pulling some writing duties.

– As soon as that closes, I’ll be heading back to Woolly Mammoth Theatre in Washington, D.C. for a week’s worth of TMLperformances.

– As soon as I return from D.C. at the beginning of January, I will be taking a six-month sabbatical from the Neo-Futurists.

I’m already wondering what I can fill that time with, because I’ll still have the day job, and if that’s all I have at that time, I’m sure I will go completely out of my mind.