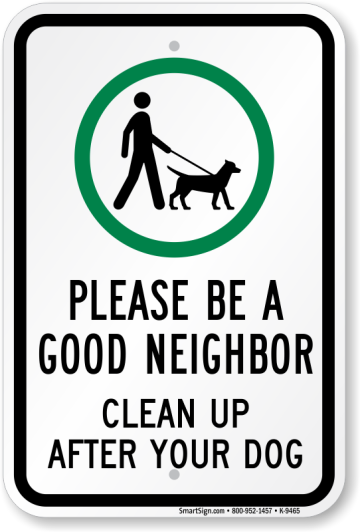 It would be nice, for once, to enjoy the thaw.

The snow and ice held its own particular charms, but I am now done with them, and look forward to these days of spring preview, the odd sixty-degrees-and-sunny days interwoven with thirty-and-gray. It should be a joyous thing to see dirt and grass again.

Except, every year, it all gets ruined by the sight of utter lack of responsibility, of piles of ancient dog droppings lying everywhere, waste that people allowed to sink into the powder as if it would somehow never emerge again to turn the neighborhood into a disgusting minefield. I had a brief notion this morning to go pick up some of it and the problem is that there’s just so much of it. I don’t mind picking up one or two that don’t belong to mine, but not one or two every five feet.

I often judge people by how well or how poorly they treat their pets, but it seems I am really judgmental about the way you treat their poop.

This entry was posted on February 9, 2009 by bilaldardai in Chicago, Dogs, Society.