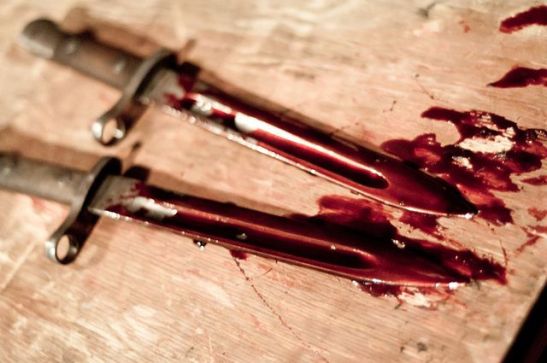 I’m not a superstitious man. I walk under ladders all the time. Broken mirrors are only unfortunate for the possibility of lacerations and the cost of replacement. There has likely been a black cat across every path you could possibly take, and reacting to spilled salt by throwing it over your shoulder just means that you’ve created another mess for somebody else to clean up.

A few years ago, I wrote a play for Too Much Light in which the ensemble walked out onstage screaming the name of the Scottish Play for no other reason than to defy that superstition. Jonathan used to leave the theater during this play, huddled in the Hall of Presidents, trying not to listen. I often mocked him mercilessly for this.

You may notice I referred to it, above, as the Scottish Play. I’m not a superstitious man by nature, but last night made a bit of a believer out of me.

During the introduction for last night’s show I cavalierly spoke the name of the play aloud to our audience, as I explained to them that the thirty plays in the menu were unlikely to look like any play they’d ever seen before. “The plays were unlikely to look like ______,” I often say, as part of my spiel. Usually I’ll quip that the plays are not going to look like Wicked. Last night, the first play title that popped into my head was aforementioned accursed text.

The audience gave me a melodramatic “ooooh.” I mocked their fear and said the title again.

The show, last night, was among the messiest, most chaotic, and certainly unluckiest performances of Too Much Light Makes The Baby Go Blind of which I have been a participant. Props were misplaced and lost, repeatedly. The show order was incredibly brutal in its usual randomness, giving us several big setups in a row, many of which were botched for the strangest reasons; somebody forgetting a flashlight that they’d never forgotten before, etcetera. The audience was littered with pockets of bitchy drunks who were under the impression that we were an improv comedy event, people who would be text-messaging their friends right in front of us, during blackouts. An attempt to surprise John, Jessica, and Tim with cupcakes during the middle of the show–all of them are celebrating birthdays this weekend–fell apart when we couldn’t get the sparklers embedded within to light (in hindsight, perhaps the inability of us to start a fire of any kind was a blessing). Performers slipped and fell on leftover avocado, on water, on freshly squeezed grapefruit juice; I bashed my knee into a chair hard enough to draw blood. We were only thirty seconds away from finishing the show. The designated audience member, after the show, rolled a six on the die, meaning we are looking at yet another week where we will need to bring in seven to twelve new plays.

Don’t get me wrong…the show was a great time, and a number of people who saw the show told us that it was among the best they’d seen. We had our personal frustrations, but the energy that erupted from that chaos was, for many, hilarity.

Still…Never Again. MacScottish Play, without fail, from this moment forward.

I’m not superstitious, but I’m not crazy, either.

This entry was posted on February 21, 2009 by bilaldardai in Action Items, Health, Language, Neo-Futurists, Performance, Theatre.