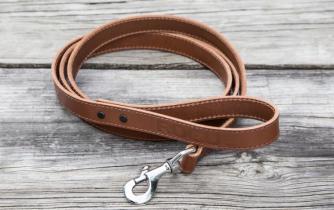 My landlord and next-door neighbor Greg was outside earlier today and saw a unit from the city’s Animal Care & Control department parked outside the building. Greg and I had been sharing information since we both began discussing the possible horror-show, so he was aware that I’d been in contact with the city. He spoke with the officer and pointed out the apartment.

At this point, a young girl who lived in one of the two adjoining buildings on the property walked outside and, after being questioned, told the officer that the entire property was owned by her mother’s boyfriend Rick. Greg has met Rick; he’s apparently the son of the developers who were recently renovating parts of the building…illegally, at that, which we could deduce by the number of times we’d seen stop-work notices on some of the doors over the past few months.

It’s also worth noting that this particular property has, according to some research Greg compiled, been bought and sold several times in the past few years, occasionally back and forth between individual buyers and LLCs seemingly set up just to handle this one lot. We’re not sure the building is currently owned by anybody, but the little girl, and later her mother, said it’s all owned by Rick.

The officer was granted access to the building. He went upstairs to the apartment and opened the door. There were two dogs in the apartment, a pit bull and a rottweiler, both alive and well-fed as far as the officer could tell in the brief seconds he spent in the unit.

He was only in there for a few seconds because the dogs began barking and defending their territory; and because the air was thick with ammonia and the floor absolutely filthy with dog feces.

Greg had to leave just as the woman spontaneously “remembered” her boyfriend’s number, after being told that the dogs would be taken away immediately unless they were able to locate and speak with Rick. We don’t know the present situation, but I do have a phone number for the officer at the scene, so I should be able to call him directly tomorrow to find out more.

The good news, then…both dogs are alive and not starving or freezing to death. The bad news…dogs clearly neglected and abused otherwise, and considering their mental states and the unfairly earned reputations of their breeds, their most likely and humane fate will be to be removed from the premises and put to sleep.

There’s no part of this story that isn’t tragic and upsetting.

And there’s no part of Rick’s face that I wouldn’t like to hit with a sledgehammer.

This entry was posted on April 12, 2009 by bilaldardai in Chicago, Dogs, Society.