I can SO be egocentric. 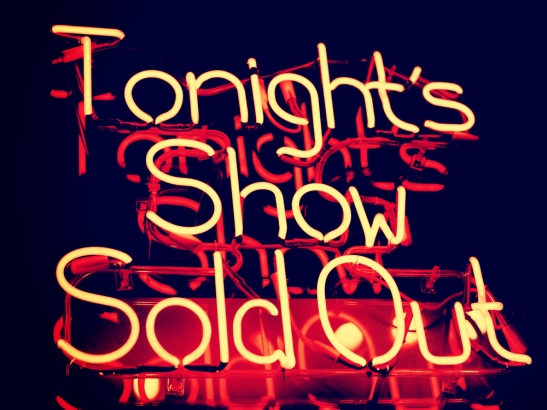 Last week a local journalist mentioned that my blog was noteworthy and interesting within the theatrosphere for its lack of ego-centrism. This was a lovely compliment that I have now, in some measure, invalidated by telling you about it.

It also makes me wary of writing the rest of this post, which is to be one of my occasional “advertising” entries in which I tell you about shows I’m involved with as a means of enticing you to go see them.

Of special consideration, of course, is that my blog had laid idle for almost a month when the journalist made this comment. So make of that what you will.

– Tomorrow night, July 30, 8 pm at the Neo-Futurarium, we will be closing our annual It Came From The Neo-Futurarium “film fest” with the 1986 fantasy film Legend, originally starring Tom Cruise and Tim Curry. My wife Dana directs and plays a number of small roles. In addition to my work on the script adaptation I will be appearing as the Lord of Darkness in a costume that has to be seen to be believed.

– This year’s Abbie Hoffman Died For Our Sins festival at Mary-Arrchie Theatre, from August 14-16, is slated to feature four short plays of mine, two of which will have never been produced onstage before now. Fury Theatre, the production label I co-founded a few years back with my friend Mark and for which I was unable to maintain participation when the Neo-Futurists swallowed me whole, is putting up remounts of my short plays A Greater Gravity and Disconnect, and producing the first-ever staging of A Dying Hour. The Occam’s Razor Project, the umbrella label for collaborations between myself and New Leaf Artistic Director Jessica Hutchinson, will be producing The Final Night of the First Intention. Full schedules forthcoming.

– Saturday, August 22nd, the Neos are doing a special one-night remount of Cool As Ice, the smash first presentation in this year’s Film Fest. I will return as Sir D and Gangster #1. The event is actually a COOL AS ICE CREAM SOCIAL, as it will be both show and a pre-show ice cream reception sponsored by local organic ice cream makers Nice Cream Chicago.

– I’ll be appearing in Too Much Light from August 7 – November 1st.

– And one more announcement that I cannot officially make at this time, except to say that a play of mine was selected by a local company to receive its world premiere in October.

That’s me for the next few months.

Please move over, you block my view of the mirror.

And now, back to topics that are not me.