Prolific is one of those trickster words, a word that pretends to be definitive but in fact requires your interpretation in order to achieve its perception. Strictly speaking, the word describes the quality of “producing many works.” The word is most often applied to artists and of those artists most often applied to writers; be they writers of prose, or poetry, or song.

But the three words of that definition contain their own multitudes and fragmented mirrors. Each one must be interrogated in separate cells lest they take the time to get their stories straight.

“Produce” – What does it mean to be produced? Is the work completed, and who defines the completion of that work? Is it displayed, or does it sit in a trunk in the attic until long after the producer has died? If it is never found, was it ever produced?

“Many” – How many does it take to achieve prolificity? Prolificness? What’s the word, there, anyway? Don’t change the subject. How many is enough, Adjective?

“Works” – What is a work? Does the artist define what is and is not a valid work or does the audience, or some other authority; a critic, an academic?

And ultimately, is the label that one is prolific of any worth, without an assessment of what work has been produced, in its ambiguously massive quantity? Serial killers, after all, have been described as prolific. 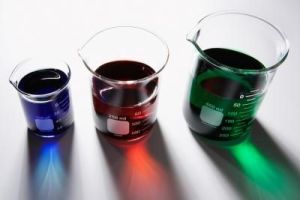 In the past three months I have been slowly migrating forward to this space the text of nearly every post that I wrote during the 10+ years that I was blogging over at LiveJournal. Although initially I went about this process in reverse, I made a decision during the mid-2009 transfers to start at the beginning and move forward instead. It has been, by turns, wistful, painful, embarrassing, proud, disappointing, and joyous to reread; not just for the poorly shaped prose and the wrought expression, but also for the sheer amount of text I felt I had to conjure. I was in a habit, a decade ago, of over-explaining my head, you see, of making references to things and then explaining the references as if afraid that I would not be understood. I’m moving it all forward for the sake of posterity, but when all is said and done I suspect that 60% is the generous estimate for the amount of text I’ve written in that journal that I would still consider part of my voice, that I would still want people to review as the record of my brain, 2001-2012.

In the past five years, I found myself turning into something that I didn’t discover a name for until two years ago–I became a producer of content. In that time, much of it overlapping, I ended up writing something like 80-99% of the posts and articles for the blogs of:

This was on the side of not only my own social media, including the occasional personal blog entry, but also on the side of managing and posting content for the Facebook and Twitter accounts of the first three entities above and for other organizations who did not also blog. This was on the side of the work I was creating for Too Much Light and New Leaf, for The Paper Machete and Write Club.

But much of this is content. Only a certain portion of it is substance. Of the blogs above, only the first two include things I would say I’m actually proud of having written, to varying ratios of signal to noise.

And this is something I realize has changed about me throughout my process of Writing For Audiences, something I didn’t realize had shifted until I looked back through the old material. I started to value my silences more than my sound. I started viewing them less as spaces in which I wasn’t being productive and more as the spaces in which I was producing more deliberately.

Mind you, I’m never silent for long. I’m not really wired for that. My factory default setting remains Communicate. My Facebook and Twitter feeds remain lit lanterns fed fuel but I view the limitations of both mediums as challenges. I consciously seek precision and conciseness of thought, rather than volume (in either the sense of amount or sense of sound).

I retain the skill of producing content because my life and livelihood right now demands it of me. I learned the skill, over time, of how to produce substance. I’m looking forward, hopefully, to doing more of the latter at the rate of the former.

This entry was posted on April 21, 2012 by bilaldardai in Essay, Theatre, Work, Writing.