Where I Stand on “Chiraq”. 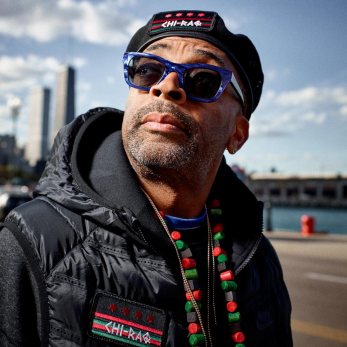 Independent of whatever Spike Lee and Rahm Emanuel are arguing, I have very complicated reservations about the existence and persistence of the descriptive term “Chiraq.”

I get the etymology of it. “Chicago’s violence has become so awful that it’s as bad as the violence in Iraq.” In this construct, of course, “Iraq” doesn’t mean “a nation and its people that identify itself as Iraq,” it means “a war zone of sectarian factions, daily tension, and explosive violence that happens within the region of a nation and people that identify itself as Iraq.” It means “this region specifically from 2003 to the present.” It uses Iraq as a shorthand for violence and allows us to act as though Iraq and its people are always by nature violent, a benchmark by which we should judge our own violence and then work to get below.

But then: The current situation of violence in Iraq is a direct result of the work American policies put into the region. We destabilized the nation and planned inadequately for the aftermath. Before that, we spent decades propping up the same Iraqi dictator we ended up deposing, a dictator whose tyrannical excesses we only used as fuel for outrage once we had decided to remove him from power, a dictator who we supported because he acted in opposition to an Iranian regime we opposed.

An Iranian regime that rose from revolution, of course, because of the work we’d put into installing and supporting that country’s Shah.

“Iraq” has become a word meaning “violence” because we have helped make it mean violence, and now we permit ourselves to use the word “Iraq” in this way with a typical air of Amero-centric superiority. “America” is not supposed to have this level of violence. That level of violence is what one expects in “Iraq.” Ergo, the violence in an American city cannot simply be branded with the name of that American city, it must be branded by calling it “Chiraq.”

This entry was posted on April 16, 2015 by bilaldardai in Chicago, Essay, Movies, Politics, Society, Uncategorized.