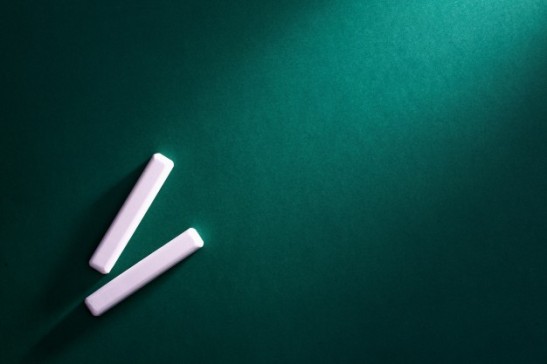 What if we treated the American institution of slavery the same way that Germany treats the Holocaust, and mandated a thorough education in public schools? What if we acknowledged that the two atrocities were disturbingly similar? We teach that although the aim of the Third Reich was genocide while the aims of slave traders and plantation owners was profit, both of them relied on the practice of identifying a people and then feeding them into a system that robbed them of their humanity so as to make them more disposable. We expose the students to every known horror that was inflicted upon those captive Africans, from the holds of the ships to the misery of the markets to the abuses awaiting them beneath their owners’ authority. We aim to make stomachs turn; we aim to give at least one sleepless night to the students and to embed a shard of that suffering deep into the space where their compassion resides.

What if we don’t end the lesson with the 13th Amendment. We continue the course of study with the Reconstruction-era sharecropping swindle, a form of bondage designed to entrap freed blacks in an economic quicksand. We discuss the century, yes, the century that the Ku Klux Klan wasn’t simply a band of cartoonish hicks in bedsheets but a genuinely powerful terrorist organization, whose brutality rivaled the stories you hear today about what ISIS does to its prisoners. We talk about the ways that virulent racists set up power structures for themselves within governments, within courthouses, in every walk of life both public and private, in order to limit the movement and settlement options of a people who had dared to keep existing after their exploitation had been outlawed. We vocab-quiz the students on terminology like steering and redlining and sundown town.

What if we don’t end the lesson with the Civil Rights Act. We continue further with case after case of how black people have been treated by our justice system, from institutional abuses such as the Jon Burge regime in Chicago PD to policy abuses such as the application of mandatory minimum laws and patterns of prison sentencing. We point out how many vital years were stolen from people who were later exonerated and whose original trials were shown to be corrupt political circuses.

What if we go beyond social injustice into cultural injustice. We talk about how many talented black athletes and artists had their accomplishments dismissed by American media arbiters, how Elvis Presley gets to be remembered as the King of Rock & Roll even though he admitted, constantly, that he was following in the pioneering footsteps of black musicians such as B.B. King and Fats Domino. We stitch together a clip montage of every well-paid nightly news anchor or critic that mocked hip-hop as if it were some shambling husk of music instead of a legitimate and challenging art form. We show how high the bar was set for these black athletes and artists in order to be considered worthy of note, how exceptional they had to make themselves to no longer be denied mention in the conversation.

What if we never end the lesson at all. What if we attempt to build within the next few generations of white students an actual, deeper understanding, so that not one of them goes off to college thinking that a Halloween costume in blackface is acceptable, that the black students sitting next to them must have benefited from “reverse racism,” that everybody should be entitled the same privilege to casually use the n-word. What if we ingrain in these students that the reason it’s so offensive for white people to ponder why black people can’t seem to move past their history is that history keeps clawing at their heels in one form or another, facilitated by others who want that history resurgent, whether that form is gerrymandered districts or underfunded inner-city schools or voter ID laws, to the repeated narrative that “laziness” is more to blame for the conditions and opportunities of these communities than the obstacles that have been constantly put in place of their progress.

What if we did that.

This entry was posted on July 11, 2016 by bilaldardai in Essay, Politics, Society.