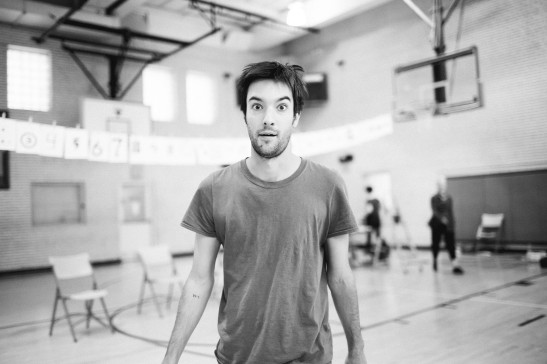 My 4 year-old son Robin has an intense fascination with my fellow Neo-Futurist Nicholas Hart, specifically due to an online video of him playing Batman during Barrel of Monkeys’ show That’s Weird, Grandma. When I last took Robin to see that show, literally every single time Nick walked onstage he poked me in the arm and pointed to let me know something important had occurred.

With that background in mind, I now present to you:

Characters
BILAL, a man in his late 30s
ROBIN, his son, 4 years old

(BILAL and ROBIN are at the dining room table playing a game of chess with a Super Mario Bros. chess set.)

(They play a few more moves.)

BILAL: You know who really likes chess?
ROBIN: Who?
BILAL: Nick.
ROBIN: Nick? Who’s Nick?
BILAL: Batman Nick.
ROBIN: Oh! (pause) Do you think we could set up a playdate?

This entry was posted on August 27, 2016 by bilaldardai in Fatherhood, Games, Neo-Futurists, Plays.