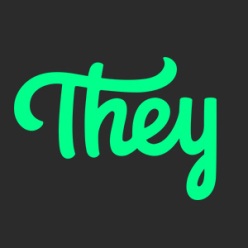 Hypothetical you, but also actual you.

One day that friend of yours told you that they didn’t want to be called the name they’d been using as a child. They were older now and wished to use the less juvenile version of that name.

It was weird at first. You got used to it.

For a few months that friend of yours went through a phase and they concocted a nickname.

It was weird at first. You got used to it.

They realized that phase wasn’t them at all. They asked to retire the nickname and never use it again.

It was surprisingly weird to go back. You got used it.

It was weird at first. You got used to it. You didn’t insist on calling them by the first name you knew them by, or the nickname they never speak of, or the name that came with their parents because it would be easier on you to do so. You respected that this was who they had decided to be and you recognized that you had no right to give them the language enforcing who you thought they should be.

Which is to say.
The pronouns have changed.
It might be weird at first.
You will get used to it.

This entry was posted on September 27, 2016 by bilaldardai in Action Items, Fiction, Language, Politics, Society.