Write Club is a monthly, literary bloodsport in which contenders face off against each other with 7-minute essays on competing topics. Below was my combatant essay based on the prompt “FORTIFY,” facing off against “CONQUER.” This essay was performed on March 24, 2017, at Steppenwolf’s 1700 Theatre in Chicago, and was defeated in its bout. 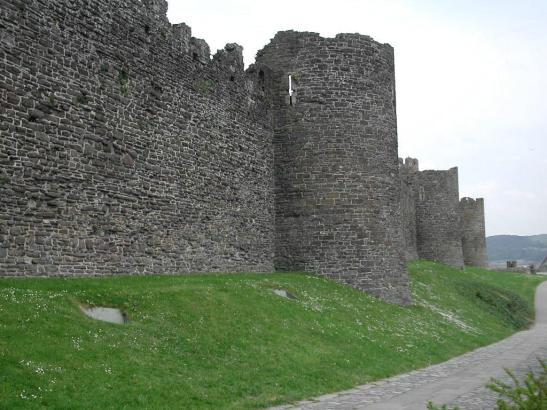 You’re six years old, and your father is teaching you how to play chess. He carefully explains the individual movements and the conditions under which those movements change; the capability of the pawn to take two steps forward on its first move, the potential for the king and its rook to square dance in case of emergency. He casually dismantles your army for the hundredth time, and then he looks across the table at you and says “Remember. The best defense is a good offense.”

You nod your head. This is sensible. Attack relentlessly and never give your opponent the opportunity for advantage. Later, your father tries to make you understand that chess is a metaphor for life, in the way that all games can be a metaphor for life but none moreso than chess, and the convergence of his first strategic platitude and that all-consuming allegory binds itself to you for years. You raise your hand first in class. You interrupt and talk over people during heated discussions. When you begin your forays into the world’s unending hallways of chatrooms you accentuate all of your points IN CAPITAL LETTERS, and you turn into the sort of writer who projects the second person onto others when he shares pieces of his own life story.

I love my father, but “the best defense is a good offense” is a fundamentally flawed and self-serving sort of wisdom, the kind that reinforces a preference for aggression, that is justified solely by the instances in which one wins. And neither my father nor I is ever going to make Deep Blue break a sweat.

When arguing on behalf of fortification, as I’m charged with doing tonight, the first concession one must make is that Defense Is Not Sexy. Myths and legends are not made of Defense, action franchises are not made of Defense. In the annals of known human history six rulers have been branded as The Conqueror–William of England, Alfonso of Portugal, Valdemar of Denmark, James of Aragon, John of Brittany, and Sultan Mehmed of the Ottoman Empire. No such sovereigns have ever been celebrated as The Defender–and for context within the field of monarchical epithet, be aware that there have been five notable nobles known as The Mild and four known as The Stammerer. The balladeers and epic poets will always pass down the tales of the warrior who charges forth and lays waste to his enemies with his courage and his shimmering broadsword. They have not, so much, shared with us the songs of the well-engineered balustrade; the sturdy, cast-iron portcullis.

But conquest is an overvalued quality in a civilization and a basic quantity in organic life. Anything can conquer. A weed can conquer. A virus can conquer. A trio of toddlers left unattended with a box of markers can conquer. The base ingredients of conquest are will and ego; the base of fortification is evolved sentience–the realization that there is something within you to protect. Your sense of culture, your sense of values, your sense of what makes life worth living and your society worth perpetuating. Conquest is a thing you do to assert yourself when you have no sense of yourself beyond your own assertions that your existence is somehow required.

And perhaps this is a contention that you as conqueror cannot abide. Stuff and nonsense, you harrumph. You call forth the clarions and have your manservants draw back the massive curtains of the Great Hall, the weighted scarlet sails that border the frescoes and tapestries of your eternal glories. We have been the Roman Empire, you protest. We have been the Qin dynasty, the Khanate, the Spanish Armada. We have been the Vikings, and our names are rooted in humanity’s collective consciousness.

And indeed, you have been the Vikings. You have sailed across the ocean during a time when people believed it spilled off the edge of the world into the mouths of leviathans. You survived ice and the limitations of early seafaring to disembark on untouched continents, and if there were people there you made them taste the grim and bitter aura of your majesty.

But what did you, oh Vikings, do to preserve who you were in the first place? What did you do to fortify your legacy against the savage cudgels of memory and time? And how is it now, after your failure to fortify–

–how does your failure reverberate beyond borders and millennia? Every drop of blood that used to be you has been diluted and boiled, then poured onto an overpriced purple shirt, and the armored behemoths that now bear your name attempt to achieve victory over 100-yard fields of grass, instead of the uncharted worlds that once trembled beneath your feet. And I cannot stress this quite enough: THEY HAVE NOT WON A CHAMPIONSHIP SINCE 1969.

This is what becomes of your conquest, over time. The lands that you conquer eventually stabilize, and the generations who follow in its wake decide what of you they should keep. They strengthen what they keep. They fortify, like nutrients, like additives to steel.

I do not know if the best defense is truly a good offense. I know that if the only thing it offers is more conquest, it is barely worth defending.

This entry was posted on March 25, 2017 by bilaldardai in Essay, Performance, Write Club, Writing.