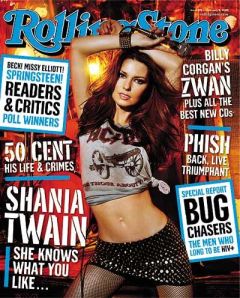 Sometime last week, Homophobia was given a powerful ally in the form of–believe it or not–Rolling Stone magazine, founded by gay magazine publisher Jann Wenner.

In case you missed the story, a journalist of questionable integrity quoted a doctor of questionable integrity on the subject of “bug chasers,” a minority subsect of gay men who actually want to be infected with the HIV virus for their own personal insanities, as well as on the subject of “givers,” who willingly infect “chasers. In the article, the doctor supplied an unsubstantiated estimate that as many as 25% of gay men who are infected each year are being infected deliberately and with their consent. As if this exaggerated figure weren’t enough ammunition, the journalist then uses a series of completely illogical equations to state that this means 10,000 gay men a year in America are getting infected on purpose.

Here’s the flaw: the CDC states that there are approximately 40,000 new infections a year in the United States. Our intrepid reporter, proud of his basic algebra skills, informs us that 25% equals one-fourth, or 40,000 divided by 4. Hence, 10,000.

What Scoopy McPanic fails to realize is that 40,000 is not the number of infected gay men, but the total number of infections, including those from heterosexual intercourse and those from needle sharing or otherwise. The actual number of gay men being infected is significantly less than 40,000–so that even if you took the 25% figure at face value, you end up with a number less that a couple thousand.

This is not to say that the bug chasing phenomenon isn’t real, and that those who participate have some serious issues they need to work out, and that even a few hundred cases of deliberate self-infection isn’t a worrisome problem. The issue is that the irresponsible journalism of this man and the bonehead move by RS to print it without checking everything means that it falls to more honest journalists to pick the story apart and hope that their rebuttals are heard. Most of these journalists, such as Salon’s Joe Conason and Dan Savage of “Savage Love” don’t get nearly the circulation and exposure, not to mention mainstream name-droppage, that RS does. Meanwhile, Matt Drudge gets to disseminate this story to all of his many readers, where it catches fire and becomes yet another way that homosexuals are “weird” and “crazy” and therefore “bashable”.

Hot stories are always subject to the first-come-first-serve mentality. Even though sites such as Snopes debunk false stories on a regular basis, you will still find people who never heard the retractions, buried on page 17B of USA Today. People still think Gore actually said “I invented the Internet.” They still think that Richard Gere did unmentionable things with a gerbil. As many as 25% of new jokes a year rely on these sorts of misconceptions. [1]

And a year from now, you will meet people who will look you in the eye and say, with all seriousness, “Gay men get AIDS because they want it.”

Thank you for that, Rolling Stone.

In other news, 3:15 today may have marked either the sixth or seventh time in my life that my mother has disowned me. I don’t know. I’ve lost count.

[1] “Anybody can make up statistics, Kent. Seven out of ten people know that.”

This entry was posted on February 3, 2003 by bilaldardai in Life, News of the World.