Soundtrack of My Life. (Beth Orton) 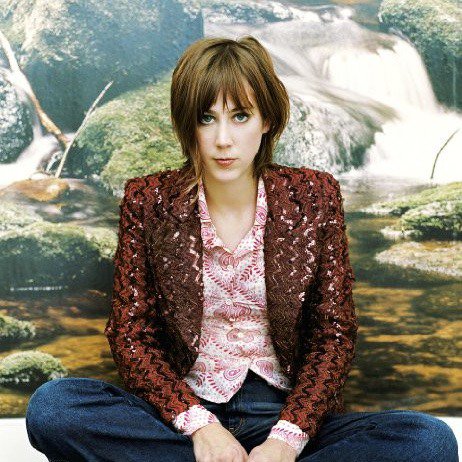 For whatever reason, no music has been better at stabilizing the wind-tossed vessel of my spirit in its current ocean of discontent than that of Beth Orton. I find her music tough to describe in genre terms; at times she’s trip-hop, at times she’s folk country, at times she’s “shoegazer,” and occasionally she’s Stevie Wonder-styled funk pop.

What I know for sure is that her voice is remarkable. It’s a limited instrument, yet somehow more powerful for it. Truth be told, sometimes I’m not even sure she’s singing.

Beth Orton’s music is like sitting down in an airport terminal during a dead time and striking up unsolicited banter with the stranger next to you for no other reason than to remind yourself the mechanics of existence. But the stranger doesn’t speak any English, instead she speaks in a language you have never heard before, a language with a cadence like long-forgotten lullabies. And the two of you are speaking, your voices slowly overlapping, surrounded by the barely discernable echoes of solitude, merging into music. Uncomprehending and yet preternaturally intimate and yours alone for this moment in time.

And then your flights are called, and the memory of this encounter lingers in the unexplained insomnias of the rest of your life.

I’m not sure Beth Orton is actually singing. I get the impression that her music is about her speaking to the sounds she’s written, and them answering back, until what remains on the CD is a record of conversation. You don’t listen to Beth Orton’s music, you eavesdrop.

This entry was posted on December 10, 2003 by bilaldardai in Critique, Mental Health, Music, Soundtrack, Uncategorized.