Christ has died, Christ has risen, Christ will hatch again. 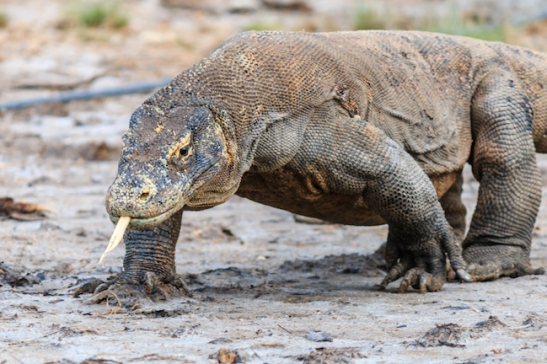 A Short Speculative Nativity Story of Sorts, In Response to the News That a Virgin Komodo Dragon is Expecting to Give Birth

(GOD sits in an easy chair, glumly watching a large wall full of television monitors. Each television is airing a different news channel. GOD grabs a bowl of pretzel sticks and bites into one with barely contained rage.)

(STANLEY, the Angel of Statistics, enters with a large clipboard.)

STANLEY: I thought you might like to know that we project the next few years are going to be especially violent for humanity.

GOD: (standing and tossing his pretzels at the monitors) You think I couldn’t already tell, Stanley? Any monkey with half a brain could tell that the next few years are going to be bad for humanity! And I should know! I’m the one that turned the half-brained monkeys into humanity in the first place!

STANLEY: Of course, sir. Well, in light of the situation, the construction staff have asked if you would approve overtime in advance so they can get cracking on the new lodgings for the departed souls.

GOD: Oh really? They’d “like overtime,” would they? To make “new lodging.” For “departed souls.”

STANLEY: (looking at the clipboard) That’s exactly how the request is phrased…

STANLEY: But…sir…where will they go? Won’t that send all of them to…

GOD: Damned right it will. Let the Adversary deal with them. I’m sick of sorting them out.

STANLEY: You realize that doing that will trigger Armageddon…

GOD: Who? Bloody? Cares! I tell ya, Stanley, I am sick of watching these morons, day in day out, with their random killings and their passion killings and most of all these stupid so-called religious killings, and their persecutions of those different from them…their hangups about sex! Can you believe that? I thought that was one of my finest creations, and all they can do is yell at each other not to do it. Screw them. Screw the lot of them. How many Messiahs, how many Prophets, how many books does a divine being gotta send down before they get it right?

GOD: Don’t try to change my mind, Stanley. They need a good swift kick in the tuchus, and if an Armageddon’s the only way to do it, then sobeit.

STANLEY: If I may finish?

STANLEY: If you trigger Armageddon, and Hell claims all those souls, then we lose.

STANLEY: If I may speak frankly?

GOD: I’d rather you speak Stanley.

STANLEY: As amusing as ever, that one. But might I suggest that maybe there are other means of righting this “sentient life” experiment without destroying all humanity outright? After all, despite their many failings, they do occasionally serve their purposes. The new Battlestar Galactica is especially good.

STANLEY: Instead of starting from scratch, perhaps it would be best if you simply transferred your love to another species?

STANLEY: You’ve given humanity Favored Species status for…what? How many millions of years? Clearly you were wrong to back this bunch. You give them love, you give them advice, and they send it back to you beaten, scourged, and with holes in its hands and feet.

GOD: Scourged? Really? No wonder he won’t let me see his back.

STANLEY: I’m going off what I saw in that Mel Gibson movie.

GOD: I just thought he got a tattoo.

STANLEY: Anyway. Perhaps things might fare better if you backed another species. Send them their own clear signs of your all-encompassing light?

GOD: Y’know, Stanley, that’s not a bad idea. Any suggestions?

GOD: Too smart for that.

GOD: I can work with that. Get me the paperwork. What do you think, burning bush or virgin birth?

This entry was posted on December 20, 2006 by bilaldardai in Fiction, Plays, Politics, Satire, Society.