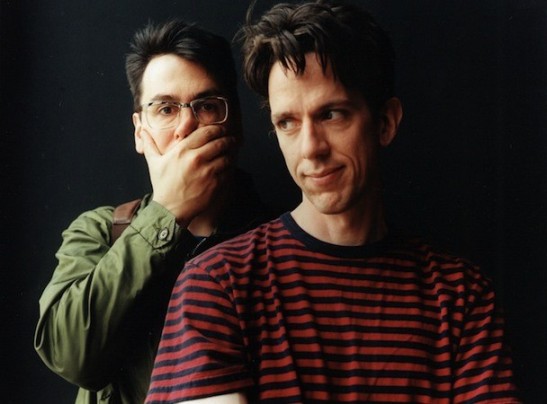 I’m the sort of writer who, for good or ill, wears his influences on his sleeve. At least, that’s how it usually seems to me…I tend to discover later that what I thought was, for example, an obvious homage to the work of Neil Gaiman was not perceived as such by the audience. Either this is a sign that I’m more subtle than I believed I was or that not enough of you are reading Neil Gaiman, and seriously-what-is-wrong-with-you, don’t you realize how I was just riffing on the themes of superior artists when I wrote that? Why aren’t you as familiar with their work as I am? Don’t you know what you’re missing?

In taking stock of the artists from who I tend to draw the most inspiration, I realized that the vast majority of them occupy this strange mainstream fringe; they are artists who almost everybody has heard of but who only a relatively small and rabid base truly adore. This in turn, makes me think that it might be okay if I never enjoy anything resembling standard-issue “mindblowing, multimillionaire success,” because these artists I admire the most never quite broke through to that level, either.

At least, I think that for about as long as it takes me to erase yet another page of trite dialogue.

And that brings me to Messrs. Linnell and Flansburgh, aka The Johns, most popularly known as They Might Be Giants.

Now, you can be in one of two minds about the Giants. You can believe that they’re an odd novelty act, like “Weird Al” Yankovic, a goofy nerd-rock band that did that one song about the Particle Man, or that one song about the Birdhouse in Your Soul, whatever the hell that meant. A duo that doesn’t just live in Dr. Demento’s neighborhood, but has built four homes and a hotel there as well.

Or, you could know better.

You can listen to the Giants and appreciate them for the wild creativity, the limitless capacity for musical experimentation, and their ability to indulge these sides without sacrificing adept songcraft. They fly all over the musical map, writing catchy songs about such mundane and diverse topics as Pavlovian response (“Dinner Bell”) and Belgian painter James Ensor (“Meet James Ensor”). Whereas many avant garde musicians may try to push the boundaries of what is or is not music, often producing interesting sonic experiments that you never want to pop up on your shuffle, the Giants are noteworthy for the manner in which they push the boundaries of accessibility.

I can tell you with no exaggeration that I would likely not be a Neo-Futurist today without the education I received through the music and live performance of They Might Be Giants. They were the first band I ever saw live in concert, and I remember not only enjoying how much voluminous fun the band was having, but how important it was for the audience to be part of the experience.

And we didn’t get everybody, but by God there were a LOT of us in that Conga Line snaking around a 1000-seat auditorium.

That’s the sort of aesthetic They Might Be Giants cultivates, and it is a first cousin to the sort of work that we attempt to create in Too Much Light every week–random, unpredictable, and based in the simplest of actions. Hell, their multi-song pastiche “Fingertips,” which cycles through over a dozen different musical styles, is essentially our show viewed through the prism of guitar-and-accordion rock.

I love their clever and literate lyrics, the way they can make a reference to The Allegory of the Cave in the first verse of “No One Knows My Plan” as if it were the most natural reference to make at that given time; or the meta-narrative “Number Three,” which begins with the line “There’s only two songs in me/ and I just wrote the third.”

I love their vocal imperfections and the way they commit deadly seriousness to even their silliest songs. I love the world that their narrators inhabit, a world where people are suddenly beset upon by “A man that I had recently killed…he had the same obsequious manner that was the reason I had him killed.”

I love that for as different as their songs may sound from each other, you can always easily tell that each is a They Might Be Giants product.

Yes, the band could be considered “wacky.” “Wacky” is part of their charm. The mistake is to assume that “wacky” is all they are–to fail to recognize that there is a lot more going on beneath the glockenspiel and nasal tenor than just goofball imagery and how “youth culture killed their dog.”

There is a method to madness, of course, but there is also a madness to method, and these guys perform all of their music somewhere inside the museum complex that houses both.

I love wearing They Might Be Giants on my sleeve. There’s so many outfits to choose from.

This entry was posted on December 2, 2007 by bilaldardai in Critique, Music, Soundtrack.