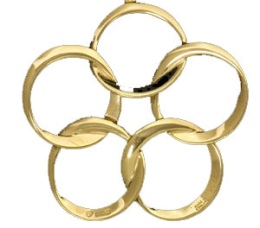 This post follows a discussion my wife and I had a few weeks ago, which may or may not be based on a math problem my grade school teachers gave me…

It is generally understood that the gradually growing refrains of the classic Christmas song “The Twelve Days of Christmas” are meant to be a reminiscence of the list, counted back each day the narrator’s true love imparted a grandiose, if oft-impractical gift.

That is, on the fourth day, the True Love gave to Me “four calling birds.” And before that…”Oh, sweet cousin, do you remember? There were also three French hens, two turtle doves, and a partridge in a pear tree. Oh, my, he must truly love me. More tea?”

However, it is also possible to take the song literally–that on each day, the True Love gave to Me a new gift corresponding to the Day of Christmas as well as yet another set of gifts equal to those given on previous days.

That is, on the fourth day, the True Love carted in “four calling birds,” and then went out to the carriage and brought back in three more French hens, two more turtle doves, and yet another partridge in another pear tree.

If one chooses to take the song in this literal fashion, then this, for the record, is the final tally of gifts cluttering up the house of Me.

Assuming one does not wish to insult True Love by returning or re-gifting any of the merchandise, then these are the gifts that may either keep on giving or may ruin one entirely. Sure, one can begin a fine poultry, dairy, and fruit farm with these gifts (one hopes that the maids brought their own cows, because if there are no cows, then they must have been milking I don’t want to finish this sentence). However, one will likely have to consider the money it takes to keep 30 Lords and 36 Ladies satisfied in the lifestyle to which they are no doubt accustomed. It is entirely possible, and perhaps advantageous, if some of these Lords were to insult each other and then die in duels, although this would have been a greater likelihood if there had been fewer Ladies to go around. Not to mention 34 unemployed musicians lying about the estate, waking up at noon and, bleary-eyed, burning yet another French Hen egg omelette and asking, dude, where’s the microwave, only to give the servants a blank stare when they are told that there is no such thing as a microwave in the 16th Century. And the constant Drumming, and the Squawking, and yet another priceless family heirloom dashed to pieces by somebody Leaping about with reckless abandon, and the spite that starts to creep into the skull as you think “If I could just sell off these rings, even just 30 of them, hell, 39, why does anybody need more than one golden ring, if I could just do that my finances might just be okay until next year when that insane True Love of Mine goes through this ridiculous ritual all over again…”

And the dead of winter rolls in, and there are no therapists, no Prozac. Two months later, on Valentine’s Day, the True Love makes the well-meaning error of presenting Me with an ornate and heavy jeweled object of some kind.

It is only a matter of time after that.

This is why, boys and girls, somebody invented the Gift Certificate.

This entry was posted on December 13, 2007 by bilaldardai in Critique, Fiction, Love, Music, Society, Writing.