As is their usual modus operandi, New Leaf Theatre is currently running a fantastic production of a play that most people in Chicago have never seen before and are unlikely to see produced elsewhere in the city; in this case it’s Girl in the Goldfish Bowl, a two-act dramedy by Canadian playwright Morris Panych.

I saw this one last Thursday. It’s sticking with me pretty tenaciously, and I dearly wish I had the time to go see it again before it closes.

The Girl in the Goldfish Bowl asks its audience and characters to consider when one’s childhood ends. I’ve now heard two epigrams dealing with this concept:

1) Panych’s play posits that childhood ends “when you stop being happy and start remembering when you used to be.”

2) The screenplay for the filmed adaptation of James O’Barr’s The Crow offers that childhood ends “when you realize that you’re going to die.” 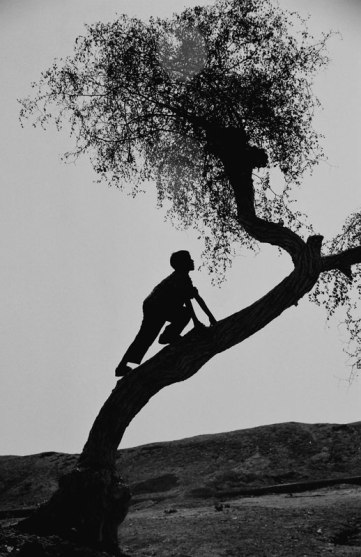 I’ve been thinking very hard about when my particular moment may have been, and I think it may in fact encompass both of the above observations.

In seventh grade, my family moved from the north side of Downers Grove to the south side, which required me to switch schools. This is, of course, traumatic…but in and of itself the move is not what I consider the death knell of my childhood.

My first two months at O’Neill Junior High I found myself assigned to Ms. Kubinski’s Remedial Language Arts/Social Studies class despite my transferred grade reports making it clear that I had been thus far achieving at an accelerated level in both subjects…Mr. Samonte’s advanced LAS class, it seemed, was already at capacity and there were simply no seats available. It was hellishly slow and I was impatient with the languid pace of the lessons. I was eventually able to transfer to the advanced class when one of the students therein moved away, but those months beforehand were my first experience with genuinely hating education. This is still not specific enough.

But I’d been bullied before. There was Jason, in third grade, who did fit the traditional role by shaking me down for what may have been fifty cents in pennies and who left me alone after the principal finally got involved. There was Aaron, who lived down the street, who used to hurl small chunks of cement at me when I biked past his house on the way to my friend Matt’s. Being bullied was an unpleasant experience but it in fact was part of my definition of childhood. So that’s not it either.

So where I think it ended was in a moment where all shades of these colors melded together and made a blank white void that slowly pooled outwards, as if the childhood were a mistaken idea of me that needed to be covered up so that the painting could be started anew.

I was sitting in class, frustrated, having dealt with a week in which I had tried and failed to keep Junior and Rick from copying answers from my pop quizzes. I don’t recall what specifically was frustrating me, but at some point I must have stuck my ballpoint pen in my mouth and started to chew, pensively.

I can only assume that eventually something occurred that made me bite down ferociously. I assume, because all I knew was that suddenly my mouth was full of slippery blue ink. My hand kept moving to my mouth and returning to my vision with more and more blue ink upon it, and the taste, metallic and alien, coursed along my tongue with a mischievous glee. I panicked, wondering what had just happened, looking up at the people in the room.

And the faces that looked back at me–Junior, Rick, Ms. Kubinski, others in the class who I was either friendly or ambivalent with–looked back at me with disgust, amusement, or confusion. I recall nothing resembling concern.

That’s the moment, then. Sitting in a class moving too slowly for my mind with my mouth full of blue ink, realizing that the world was full of strangers who have no use for your pain save the emotional response it elicits within them. Realizing that at some point or another you are going to be totally alone even when engulfed in crowds.

And my epigram is that your childhood is over once you define the borders of your body and internalize the xenophobic propaganda campaign that makes you distrustful of everything outside of it.

Childhood ends the first time your cynicism outweighs your trust.

Further note: the craggy no-man’s land that is the area between your childhood and adulthood ends when you figure out that you can’t always trust your body to keep you safe, either. And in that allegory, your adulthood begins with you standing in the station with a single item of luggage deciding which train you’re going to get on or whether you’d rather stand there on the platform forever.