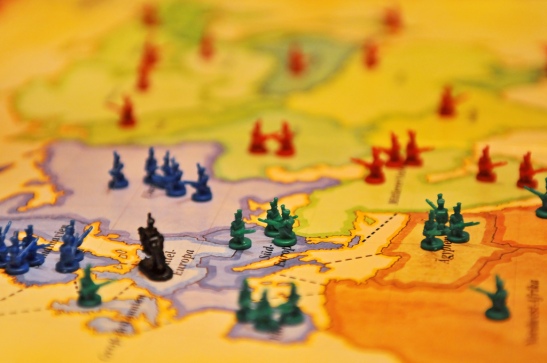 In the car on the way to drop Sharon off at the airport, we had a brief discussion about the state of conflict to come.

Sharon posited that we are approaching a Third World War, although questions remain as to what the character of the violence would be.

I suggested that we are entering a new and virulent strain of Cold War, in which the espionage and intelligence community will once again return to its glorious golden cloak-and-dagger days, beyond the restrained public format we deal with today, and the worst of it will be happening in the forms of backstage destabilization and euphemistic murder.

I think we both agreed that in either case, the entities that would participate in either variety of war are not nearly as competent or canny as their predecessors, and that this was the scariest aspect of either scenario.

I told you stormy weather made me gloomy.

This entry was posted on September 29, 2008 by bilaldardai in Politics, Society.