Music may soothe the savage beast but it keeps me up way past my bedtime.

I’m a heavy sleeper. I also have had more than a few nights where I will simply not stop talking. These are things you don’t necessarily understand about yourself until you start regularly sleeping next to somebody else.

I used to have the hardest time falling asleep in total silence. I needed to have some sort of music playing, even if it wasn’t the music one might normally employ as lullaby. I distinctly remember going to bed one night after having started up Rage Against The Machine’s eponymous first album (not at full volume, mind you; I was still living at home).

However, I would never be able to get to sleep when I’d put in a brand-new disc. I’d stay up for hours listening to it even while I was yawning wide enough to yank my jaw from its moorings.

Because it wasn’t music in general that would allow me to relax, it was my familiarity with the music. I’d spun that Rage disc so many times that I knew the album backwards and forwards, and it didn’t hold any immediate mysteries for me. In the tranquility of that knowledge I could drift off to sleep and not worry that I was missing anything by not staying awake. New music, music I was still exploring…I needed to be attentive. Something special might happen on the disc that I might never rediscover in the light of day, with the whole of my consciousness.

I am certain that my subconscious treats the silence of the darkened bedroom in a similar way–as an unpredictable enigma that you can’t turn your back on. And even if there was nothing occurring outside the scope of my night vision, there was always the hours-long opera of my own wandering thoughts to keep me from slumber.

My wife is a very light sleeper. We discovered early on that this quality was not compatible with my need to have music playing, and it was clear to me that it would be easier to overcome my difficulties falling asleep than for her to sleep through the noise. So I conceded. I don’t fall asleep to music anymore unless she’s just that exhausted or I am just that alone. 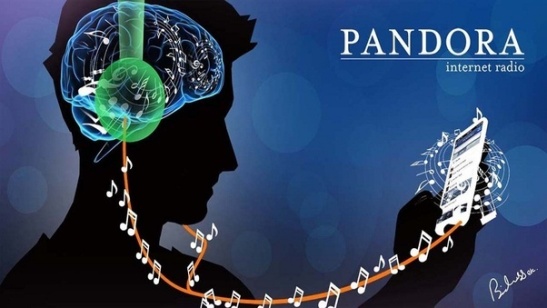 And I’m bringing this up because my wife and my friend Caitlin recently showed me how to use Pandora Radio and now, about ninety minutes after I’d told myself to go to bed, I refuse to get away from the computer, refuse to leave behind the progression of songs that the Music Genome project has guessed, with astounding accuracy, that I would enjoy based only on my fondness for The Weepies, for Modest Mouse, for XTC and Tom Waits.

I’m really only typing this journal entry because I have never heard of Joshua Radin before and think I really like his work, and I’m just creating an excuse to keep listening. Oh, I’ve never heard this Rachael Yamagata song before. Oh, who are The Perishers? Mark Sandman had a solo album?

This entry was posted on February 5, 2009 by bilaldardai in Health, Love, Mental Health, Music.