Write Club is a monthly, literary bloodsport in which contenders face off against each other with 7-minute essays on competing topics. Below was my combatant essay based on the prompt “LIBERTY,” facing off against “DEATH.” This essay was performed on November 4, 2012, at the Chicago Poetry Foundation, and was defeated in its bout. 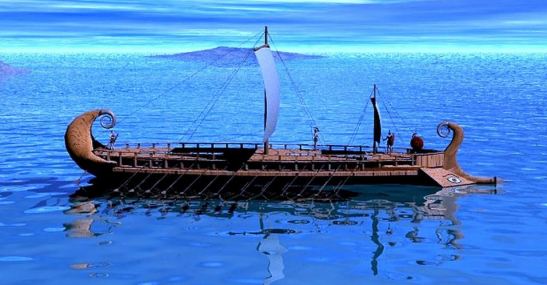 It is easy, and perhaps even fashionable at this point, to be cynical. Liberty, yes, blah blah blah yadda yadda, reflexive eye roll, a concept that has by now been given all the attention of a Rottweiler puppy’s favorite football, chased and shaken and tossed and pounced upon, and gnawed, and gnawed, and gnawed, and gnawed. A concept kept in the shoulder holsters of every gunslinger slapping leather in campaign season, which is no longer a season but a stew, an event that sits on the stove at all times kept on simmer, or boil, or unattended fire hazard.

Liberty, and it is not even the most potent word for itself, no, that would be freedom, Freedom is the word that conjures eagles and summer skies filled with fireworks, of a younger, saner Mel Gibson with his face half-painted and the passion of Scotland at his back. Liberty, that’s a word for business and organization, a calling card to let it be known that Americans are involved in the enterprise. Liberty is the word you use to precede Mutual. The word you use before Auto Wreckers.

What you are left with, then, is an idea that’s lost most of its meaning and power, an idea operating at a fraction of its potential but which must, for appearances, act as though everything is status quo…a fundamental notion of society hiding its cancer diagnosis under elaborate cosmetics. Liberty derives its potency from the attention of the people most likely to enjoy it but when you’ve had something thrust in your face for so long the natural response is to stop looking at it directly.

But keep it in your sideways glance for a moment. Allow me to present a tangent.

There are several versions of this story but this is the one I know. A great Greek king, usually Theseus, labyrinth-conqueror, Minotaur-slayer; Theseus has a wooden ship. And every time he docks this ship at a certain port, several planks are taken off the ship and replaced with new planks. This ritual goes on for months, for years, until finally every original piece of wood from the ship of Theseus has been replaced with a new piece of wood.

But then, the shipbuilders gather up all of the original pieces of wood, and using that wood, they create a second ship of Theseus. The question then asked by Aristotle, and Thomas Hobbes, and other philosophers, is this: Which of these ships is really the ship of Theseus?

While you ponder that question later over cocktails and skewered shellfish, remember also this—after every ten years or so, almost every cell in your body has also been replaced with newer cells, nearly every cell except those in your brain and half of the ones in your heart. So the larger, existential question is whether or not you are really the same person you used to be, or if you are simply a series of wooden ships manned for a lifetime by the same ragtag crew of characteristics and consequences, sailors bound to your body and occasionally thrown overboard by those evenings spent with five of your friends and an obscene amount of whiskey.

Which brings us back—elliptically, I admit—to the question of Liberty…the worth and necessity thereof, which cannot accurately be measured unless you’re also taking stock of that from which you are taking your liberty in the first place. The pulsing radioactive core of liberty is choice, and the act of making choices is the act of defying that choices have already been made for you.

You will also not enter the world a mere lump of proteins and chemical processes and simply stay that way while those proteins and processes cough and disintegrate and renew until simply unable. Liberty lets you seize reality by the lapels and say to it:

Yes, I know what you are, and I do not care. This is my time. You are an ocean but I am the ship, I will harness the wind and the epic force of my own desire and I will make a map of you that others will spend their lives learning how to read. You will shred my sails with storm and leviathan but I was the one who ordered “Disembark.”

That’s what Liberty is.

That is what Liberty does.

Liberty does not have to win the fight because Liberty is the fight.

This entry was posted on November 4, 2012 by bilaldardai in Essay, Performance, Write Club, Writing.