Front and back cover.

The melancholy holiday songs remain my favorite. I have some appreciation for the decked halls, the ding-dongs merrily on high, the tidings of comfort and joy, but I remain mindful that the calendar was not first devised with North America in mind, and as such this most wonderful time of year happens right in the middle of our coldest, darkest days. I give more credit to the music that acknowledges the potential for anxiety and loneliness, the half-smiles of people who are able to summon no more than a match-head’s worth of light in their being, the chill of the glass against one’s forehead when they know they’re staying in by themselves for another evening. 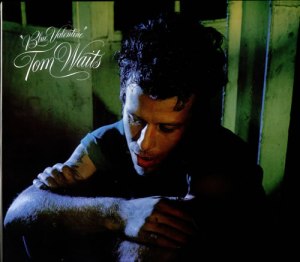 Last year was my first experience with Tom Waits’ “Christmas Card from a Hooker in Minneapolis,” one of those songs that by many rights you should have heard before you did, but that perhaps it was best that you hadn’t heard until you did. It’s sad and beautiful on its own, of course, in its original recording from 1978’s Blue Valentine. What I had not expected to find was the devastating power of the song to form deeper narratives through its own reinterpretation.

Consider the first recording, with Waits at the piano alone, the infamous broken-shot-glass vocals now fully realized, the traces of his earlier, jazzier stylings all but gone. There is the sense of opening one’s mail and standing in the fading light of the afternoon and trying very hard to remember the name of this woman, there are a handful of pencil-sketched memories that make the reader smile. There is the unconscious way that the card is placed into the inside jacket pocket; out of sight, out of mind, next to the heart.

Consider this live recording, with Waits in a room of close friends and perfect strangers, as if in the back of the bar. The vocals now lackadaisical, the text misquoted, the audience chuckling at the words in the handwriting and the person behind them. The storyteller suddenly more complex than mere recipient. The manner in which this could seem mean, could seem dismissive, but also the way that the note has agitated the stilled solution of his memory, has made it all but impossible for him to speak about anything save the card he received from an acquaintance long gone by.

Then, finally, consider this cover from the swooning, soaring throat of Neko Case, which isn’t, I would argue, a cover of Waits’ song at all, but a performance of the Christmas card as it was being written by the titular woman in Minneapolis…a desperate but enjoyable lie in which the writer is able to imagine herself as timelessly beautiful for an all-too-brief moment.

The order above is arbitrary, mind; I can’t imagine an arrangement of these 15 minutes that won’t cause a distinct bruising of one’s soul.

In the day-trips I’ll make into writing fiction, voice and perspective are the aspects I visit first while I try to determine the shape of the voyage. It’s important to me to remember that even people who have the same story do not have the same story, and that the way they may choose to reminisce with each other about that story might be a story in itself.

Happy holidays, wherever you’re from.

This entry was posted on December 7, 2012 by bilaldardai in Critique, Music.