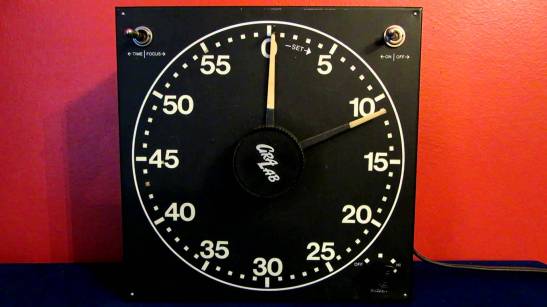 This past Sunday I told the assembled Neo-Futurist ensemble and staff that I’ll be joining the ranks of the company’s alumni after December of this year.

This isn’t a dramatic decision as much as a natural progression. I’ve been with the company for 12 years this month. I’ve been fortunate to write and perform hundreds of tiny plays that were seen by audiences in several parts of the nation and hundreds of tiny plays that were only ever seen by a handful of artists I respect in the weekly pitching session. I’ve taught several students and served in a handful of administrative roles. I’ve made friends I look forward to having for the rest of my life. I’ve witnessed and participated in so much mind-bending art and learned so much about the value of one’s individual voice speaking out loud. I’ve lived through four years of the worst president in my lifetime and eight years of the best president in my lifetime while part of this ensemble. I’ve gotten married while part of this ensemble and had a child while part of this ensemble. I’ve been given great opportunity to share my experiences and observations of all of these things through the words and images I was tasked to create. Whatever type of artist I am, theatrically or otherwise, is due foremost to the gauntlets and crucibles of this environment where I’ve spent nearly a third of my mortal existence.

It’s so strange and painful even to decide to exit that I can’t fathom how wrecked I’m going to be come January. I’m expressing this now because I process everything more thoroughly when I’ve had a chance to turn it into text. I managed not to cry when I told the company, but Funny Story: On the drive home afterwards, the radio saw fit to play Green Day’s “The Time of Your Life (Good Riddance)” and there was something so mid-2000s movie-perfect ridiculous about it that it triggered the waterworks almost immediately.

In the meantime: I’m still here now and I’ll still have much to demand you attend. There’s the Neo-Futurist Kitchen Festival this week. There’s a resurgent four-week run of It Came From The Neo-Futurarium happening on Thursdays, curated by the creator and featuring several active and alumni Neo-Futurists. There’s a 24-hour Neo-Futurist Dance Marathon fundraiser coming in September and I’ll be reaching out to you for pledges. There’s a spate of exceptional world premiere prime-time shows on their way next season, one of which I’ve already committed to being involved as a collaborator. There remains TML, week-in and week-out, and I still have a dozen or so weekends therein before I set it aside for awhile.

Less than seven hours before rehearsal tonight. I should get back to writing for it. Senioritis is for suckers.

This entry was posted on July 19, 2016 by bilaldardai in Mental Health, Neo-Futurists, Plays, Theatre.