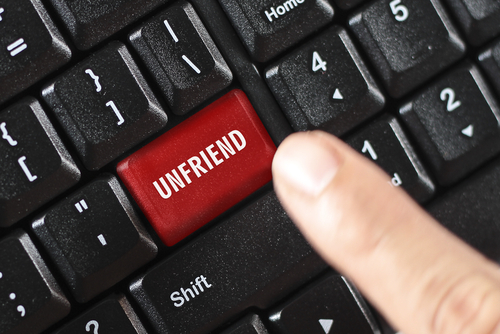 “If you voted Trump, kindly unfriend me now.”
“That’s childish! How will you ever reach across the divide and convince them of anything?”

They had over a year to be convinced by what they saw directly in front of them. When it wasn’t directly in front of them, it would be put in front of them and they would respond that the source was biased, even when what they were seeing wasn’t description or analysis, but undoctored, verbatim video and audio. They said his racism wasn’t racism and his misogyny was meaningless, everyday guy talk. They insisted that Obama wasn’t born in America or that demons had infested the body of Hillary Clinton and that the children murdered at Sandy Hook were imaginary props designed to implement a policy of firearm confiscation.

Or if they didn’t believe any of these things, they still felt few reservations about standing in the same camp as those who did.

Where on earth does one even begin such a conversation? How does one build a bridge with people whose champion has been defined by the construction of walls?

Don’t shame your friends for demanding a disconnect. Their mental and emotional well-being is more important than your perceptions of their resilience, maturity, or courage.

This entry was posted on November 9, 2016 by bilaldardai in Action Items, Politics, Society, The Internet.