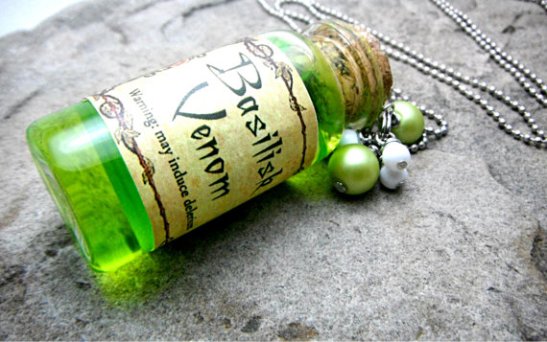 “Hi doc.”
“Good afternoon. What seems to be the problem?”
“I’ve been experiencing aches and pains, and some bleeding.”
“Where?”
“All over.”
“Is it happening with any consistency?”
“Not that I can tell. Anywhere, anytime. It’s been getting more frequent and the pain’s been more intense, so I figured I couldn’t ignore it anymore.”
“That was probably wise. Do you have any ideas what might be causing it? Anything that’s changed recently?”
“I’m not sure. I try to eat healthy, I get to the gym pretty frequently.”
“How much sleep are you getting?”
“A solid eight hours.”
“Okay. Well, I’m going to order some…”
“Drinking my daily cup of basilisk venom.”
“…what?”
“Basilisk venom. Eight ounces daily,”
“Basilisk?”
“Sure! You’ve heard of that, right? Legendary snake-lizard capable of turning men to stone?”
“Yes, I have, but…”
“So I’ve always been a bit concerned that I might one day encounter a basilisk and be turned to stone. But my great-uncle read on the internet somewhere how taking a little bit of their venom each day will keep you safe in the event of an attack.”
“I understand now. Listen to me. I think you’ve been given some faulty info.”
“I have?”
“You have. The truth is that sustained exposure to basilisk venom, especially in the amounts you say you’re drinking, is going to cause exactly the symptoms you’re experiencing.”
“No kidding.”
“It’s true. You’re not the first person to be afflicted with this.”
“So what did the other patients do?”
“Pretty simple. They stopped taking basilisk venom.”
“And that worked?”
“For the most part.”
“They never experienced pain or bleeding again?”
“Not from this.”
“But they still experienced pain from other things.”
“Sure.”
“Nah, then.”
“What?”
“You’re telling me that these other patients aren’t 100 percent cured. Sounds pretty ineffective to me.”
“No, it’s not 100 percent, but I can’t stress enough how significant the improvement was.”
“Uh-huh. And let me guess. After you tell me to stop drinking basilisk venom, you’re going to prescribe some kind of antivenom that ‘helps undo the effects’ of my so-called illness.”
“Why are you using ‘so-called’ all of a sudden?”
“Are you?”
“Yes, as a matter of fact — ”
” — I thought so. The internet told me I should look out for doctors in the pocket of multinational antivenom companies.”
“That’s not a thing.”
“I was warned you’d say that.”
“You need to listen to me carefully.”
“I never thought you’d be one of them.”
“What you have is a pretty rare condition, and from what you’re describing it’s the worst on record. But every other patient who stopped taking the basilisk venom got better and are currently living much fuller lives.”
“No offense, doc, but these other patients sound like they weren’t strong enough to handle basilisk venom. I’m different.”
“How?”
“I just am.”
“There is a mountain of data that shows — ”
” — spare me. Talk to me about other treatments.”
“There really aren’t any.”
“Bull. You shills just stopped working on the problem because you found a solution that YOU SAY worked on other patients.”
“Why would we need — ”
” — here’s one idea. Inject a tiny amount of basilisk venom into each of my white blood cells.”
“What?”
“Sure. Like with a laser. You make a tiny hole in the white blood cell, you fill it with basilisk venom, and then the white blood cell uses the venom to cure my illness.”
“I can’t even begin to see how that would work.”
“I thought you were a doctor.”
“That’s why I — ”
“Oh! Better idea! Can you prescribe basilisk venom to every one of my friends and family?”
“No, of course not, why would I do that?”
“It’s called herd immunity!”
“No it’s not!”
“What, doc. You telling me you haven’t HERD of it?”
“Get out of my office.”
“I don’t think I’m being unreasonable here! All I want is a cure for my ailment that doesn’t require me to change any of my habits.”
“YOU ARE DRINKING LETHAL TOXINS FROM A MAGICAL CREATURE.”
“Exactly! And the real question here, doc, is: Why aren’t you?”
“…I give up. Here’s a prescription for 5 milligrams of thoughts and 10 milligrams of prayers.”

This entry was posted on February 22, 2018 by bilaldardai in Fiction, Plays, Politics, Satire.