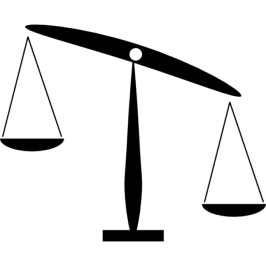 Read how the Bundy ranchers and their supporters armed themselves and shut down a highway for two hours, and aimed rifles at law enforcement officers, and how Sen. Dean Heller (R-NV) referred to them as “patriots,” and other members of Congress lent their political capital as support. Then think about how other legislators have been so incensed when a peaceful, unarmed Black Lives Matter protest inconveniences commuter traffic that they introduce bills protecting anybody who strikes them with their cars.

Read about James Doyle Webb, another white self-declared sovereign citizen, who during a traffic stop in Mississippi twice reached for loaded firearms on the passenger seat and was then taken into custody unharmed. Then think about Philando Castile, carefully attempting to defuse a tense situation while his partner and child were in the car by declaring his legal right to carry the firearm in his glove compartment.

Read about every white Open Carry activist walking into grocery stores and restaurants with military-grade firepower strapped over their torsos, defiantly terrorizing others and expressing their bravado to the police officers who either ask the gunmen to move along or simply tell the rest of the people that there’s nothing they can do about it. Then think about the minimal threshold of “exhibited characteristics of an armed individual” that was applied to Harith Augustus, legally licensed to conceal carry, before he was confronted and shot five times in the back.

The staggering collection of diametrically opposed anecdotes is not hard, empirical evidence, nor does it have to be. The point of highlighting such discrepancies is to make society understand on an intrinsic, gut level that something has gone Very Very Wrong in terms of how American police procedure and accountability is being enacted, and that it is in need of both urgent assessment and drastic correction.

This entry was posted on July 16, 2018 by bilaldardai in Action Items, Chicago, Essay, History, Politics, Society.