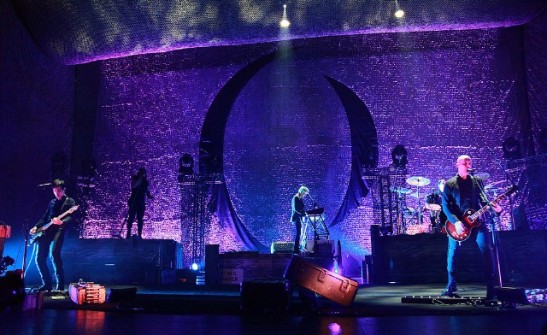 I’m trying to map out a tapestry of sorts here that may only be interesting to rock historians. Follow along if you will.

1) James Iha was a featured band member of A Perfect Circle for their recently released album Eat The Elephant.

2) Among his other musical endeavors, Iha is arguably best known as a member of Smashing Pumpkins.

3) Smashing Pumpkins is a band led by Billy Corgan.

5) A Perfect Circle is a band co-led by Billy Howerdel and Maynard James Keenan.

6) Although one might be skeptical1 at the distinction, A Perfect Circle is Keenan’s side project from his primary band Tool.

7) The original bassist for A Perfect Circle was Paz Lenchantin.

9) After the breakup of Zwan, Lenchantin formed a band called The Chelsea that included Melissa Auf der Maur.

Problem: Solve for X and Y; in which X is the band member who must join band Y in order to produce a single balanced equation.

1 I say skeptical because it’s arguable that Keenan’s main project is actually his vineyard.

This entry was posted on October 29, 2018 by bilaldardai in History, Music.