In summary, in brief. 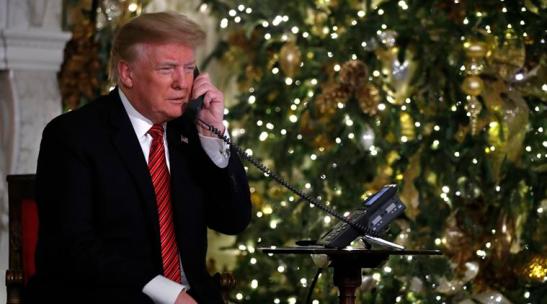 I’ve been attempting a vacation this week, so somebody correct me if I have this wrong. But as I understand it:

The President of the United States allowed a partial government shutdown to occur, leaving 800,000 federal employees without their paychecks during the holidays because he couldn’t get the $5B he demanded for a border wall. He then implied that the money the government was saving by not paying those employees could be redirected towards that wall. He then did that thing he does where he mentions unnamed groups of people, in this case aforementioned unpaid federal employees, who were supportive of the shutdown because of how much they believe in Trump’s agenda and the need for the high level of border security that the wall would ostensibly provide. He then said that the wall was already under construction, although he continued to vacillate on what exactly the wall would look like and what materials were being used to construct it.

Incidentally and conveniently, the government shutdown has also allowed Trump’s legal team to receive a delay on the lawsuit regarding his emoluments violations.

Amidst this utterly preventable shutdown — for which Trump had, on camera, declared he would sign his name to right up until he decided he would need to blame Democrats for it — he held a minor pity party for himself on Twitter because of a personal choice not to go back to Florida. While ensconced instead in the presidential mansion with his wife, he had a photo taken in which he seemed, ironically, much too small for his britches, and then attempted a PR event that involved fielding phone calls from children on behalf of Santa Claus, during which he essentially asked a seven year-old child if they were a bit too old to still believe in Santa Claus.

This happened as a second Guatemalan refugee of roughly the same age as these callers was dying in U.S. custody, a victim of the cruel devices and structures of Trump and Stephen Miller’s “zero-tolerance” policy.

The longest bull market in American history, which began during the Obama administration, ended in a flurry of plunges. Trump placed most of the blame on his own hand-picked Fed Chair, Jerome Powell.

Feeling petulant due to the pundit analysis of outgoing Defense Secretary Jim Mattis’ resignation letter, which sailed as close as it possibly could to calling the president a stooge for hostile foreign powers without saying so outright, Trump accelerated the timeline of Mattis’ departure from February to the end of December, naming his deputy Patrick Shanahan — a man with no other government or military experience — as acting SecDef in his stead.

Additionally stung by news reports pointing out that Trump had become the first president not to visit troops at Christmas since 2002, he made a surprise visit to personnel stationed in Iraq on the day after Christmas. He handed out MAGA caps and made a number of statements that the Iraqi government took exception to, claiming that they undercut the sovereignty of their own administration. He also claimed, falsely, that he had given the military their first raise in a decade. After departing Iraq, he proceeded to post to his social media photos of himself with the soldiers, including an image that revealed the covert deployment of Seal Team Five and showed several of those operators’ faces, dramatically affecting both their personal security and their ability to work effectively within the region.

I seem to be terrible at vacation.

But still not as terrible as Donald Trump is at either presidency or decency.

This entry was posted on December 27, 2018 by bilaldardai in Politics, Society.