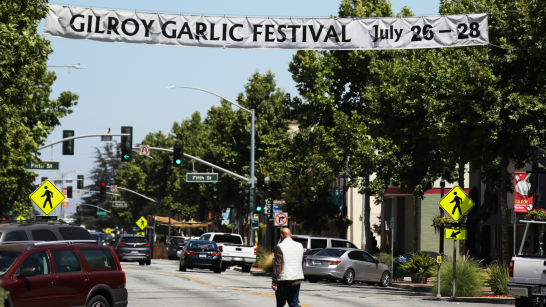 This time when I close my eyes I keep seeing the same photo of Stephen Romero, his head resting comfortably on his forearms, a satisfied smile on his face as he looks up past his birthday cake, the cake with the candle shaped like the number 6, the age he was when the photo was taken, the age he never lived past. This time I find myself imagining the photo I would use if he were mine and had been so senselessly stolen from me and how I would need to introduce him to a world of people who never knew his name until the moment after he was fed to our molten semiautomatic demon gods.

This time there were only three dead and twelve wounded which means that this time doesn’t technically achieve the threshold for an official mass shooting, which involves at least four dead, a threshold that was adopted arbitrarily because America needed to establish some kind of baseline lest we name every one of our shootings the exact same type of horror. This time three of the survivors had also survived the Las Vegas shooting, an event that was also survived by someone who died at the Thousand Oaks shooting.

This time the shooter referenced a work of white supremacist literature written by an author whose nom de plume was so over-the-top and self-important that it would never make it past the notepad of most fantasy novelists, and this detail is carefully brushed beneath the fancy rugs of the firearm industry’s paid protectors. This time witnesses overheard the shooter reply to the plea “why are you doing this?” with an answer of “because I’m really angry,” a statement chilling in its frankness as well as its banality, a statement that highlights the lie of our dismissive insistence that a nebulous “mental illness” is to blame, when the homicides happen most often because somebody was angry at something or someone else, angry at the world for not conforming to their expectations, angry at a companion for refusing to satisfy their wants, angry at themselves for their own inadequacies, and in that rage they attempt to compensate by claiming for themselves the easiest and most dramatic power they can buy. And they can always buy it. Somebody somewhere is only too happy to sell it to them and then pay lip service to contrition when their merchandise is used to shatter dozens if not hundreds of lives in a span of seconds.

This time the discussion seems to move on from the tragedy so quickly that I wonder if there’s something wrong with me for continuing to dwell on it less than a week later, if there’s something wrong with me for being unable to get Stephen Romero’s face off the backs of my eyelids. This time I am briefly upset with myself for forgetting the name of Ryland Ward, the seven year-old victim of the Sutherland Springs shooting, who has survived and returned home but is never getting back the full use of his left arm or the step-mother and step-sisters who died in the church sitting next to him.

This entry was posted on August 2, 2019 by bilaldardai in Essay, Fatherhood, History, Politics.