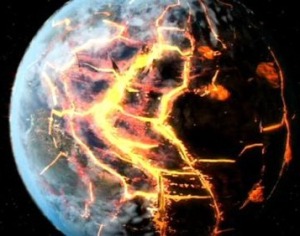 Having a World Is Terrible sorta mood swing.

I worry that ten years from now, as we chart the damage of the second Bush administration, we’re not shaking our heads and wondering what would have happened if the Senate had remained in Democratic hands in 2002. Paul Wellstone (D) of Minnesota has just died in a plane crash. I don’t know what this means for the restructuring. I know that it will inspire the folks at MoveOn.org–who recently have been touting the clever phrase “Regime Change Begins at Home”–to an even more ardent campaign of support for other heavily-embattled Democratic Senators; I still don’t know if it will work.

True Confession: I missed voter registration this year. I have no voice this year. I don’t know why I didn’t get on the ball with it.

Yet again, there are more and larger warnings of impending terrorist doom. The next one will be bigger, so say the experts, than 9/11. Good to know. Can we, maybe, work on making that less likely before we go finishing Daddy’s War? And no, I don’t buy that taking out Saddam will help. Robert Scheer pointed out in an excellent article from earlier this week that Saddam’s a secular Baath Party higher-up. Secular leaders and religious fanatics don’t make good bedfellows, in the end. We know he’s there. We know we can contain him. We cannot contain al-Qaida, apparently, awhile back I wondered if we weren’t fighting the War on Terror the same way as the War on Drugs–by taking out the supply with less concern for the demand. And we know how well the War on Drugs has been going.

In seven hours, unless the Russian government gets through, theatergoers in Moscow are going to begin the process of being executed one by one. Earlier this week, a mouthpiece for an Islamic fundamentalist group announced that the group were going to start switching to car bombs because they do more damage and kill more people. I’d repeat that but (a) you can reread it if you like and (b) it makes me sick to type it. The fact that anybody can deliver such an announcement with the exact same attitude as the Tampa Bay Devil Rays can announce that they’re hiring Lou Piniella because he’s a good coach is enough to make me tear chunks of formica from my desk.

The list of terrible news continues and I don’t need to write it down. It’s just there.

I’m attending several wedding festivities this weekend. God, I hope I have a good time.

This entry was posted on October 25, 2002 by bilaldardai in News of the World, Politics.