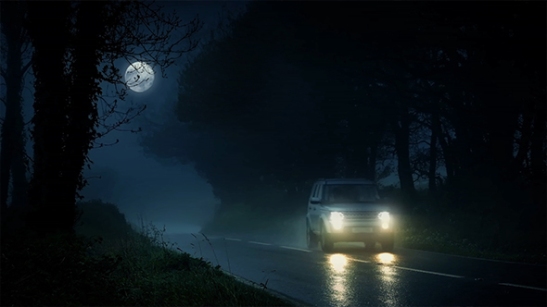 Last night, driving back from the show around 2am, I passed a woman walking alone on the stretch of sidewalk on Clark that leads north of Howard, past the train yard into Evanston. This area is an insecure, barely protected borderland–the street lighting is on the wrong side of adequate, and your surroundings for several minutes are a cemetery and the thicket of trees on the incline leading up to the tracks. I know that muggings have occurred in this area for precisely these reasons. On nights that I lack a vehicle, I prefer to wait 20-30 minutes for a Purple Line to get me from Howard to South Blvd–a mere one stop north–than to make this walk.

I considered pulling over and asking if I could give her a ride at least into the better lit residential area, because frankly the whole thing reminded me of how typical Batman stories usually introduce Batman, except we don’t live in a world that includes Batman.

I didn’t know how to do it. I didn’t know how to slow down, pull over, and offer service to a woman walking alone at 2am in a dimly lit area without looking like a serial killer. I had half-considered ideas like offering to let her drive or handing over my ID and saying she could photograph it and send it to a friend, and all of these options still felt like serial killer tricks. I couldn’t even figure out how to slow down and stay nearby without looking like I was stalking her.

So I passed by, checked her in my rearview as long as I could, and remain haunted this morning. I hope that she knew exactly what she was doing, where she was walking, and how to take care of herself. I hope she got where she was going safely.

In summary: Serial killers are just the worst and they ruin everything.

This entry was posted on May 28, 2016 by bilaldardai in Chicago, Mental Health, Society.